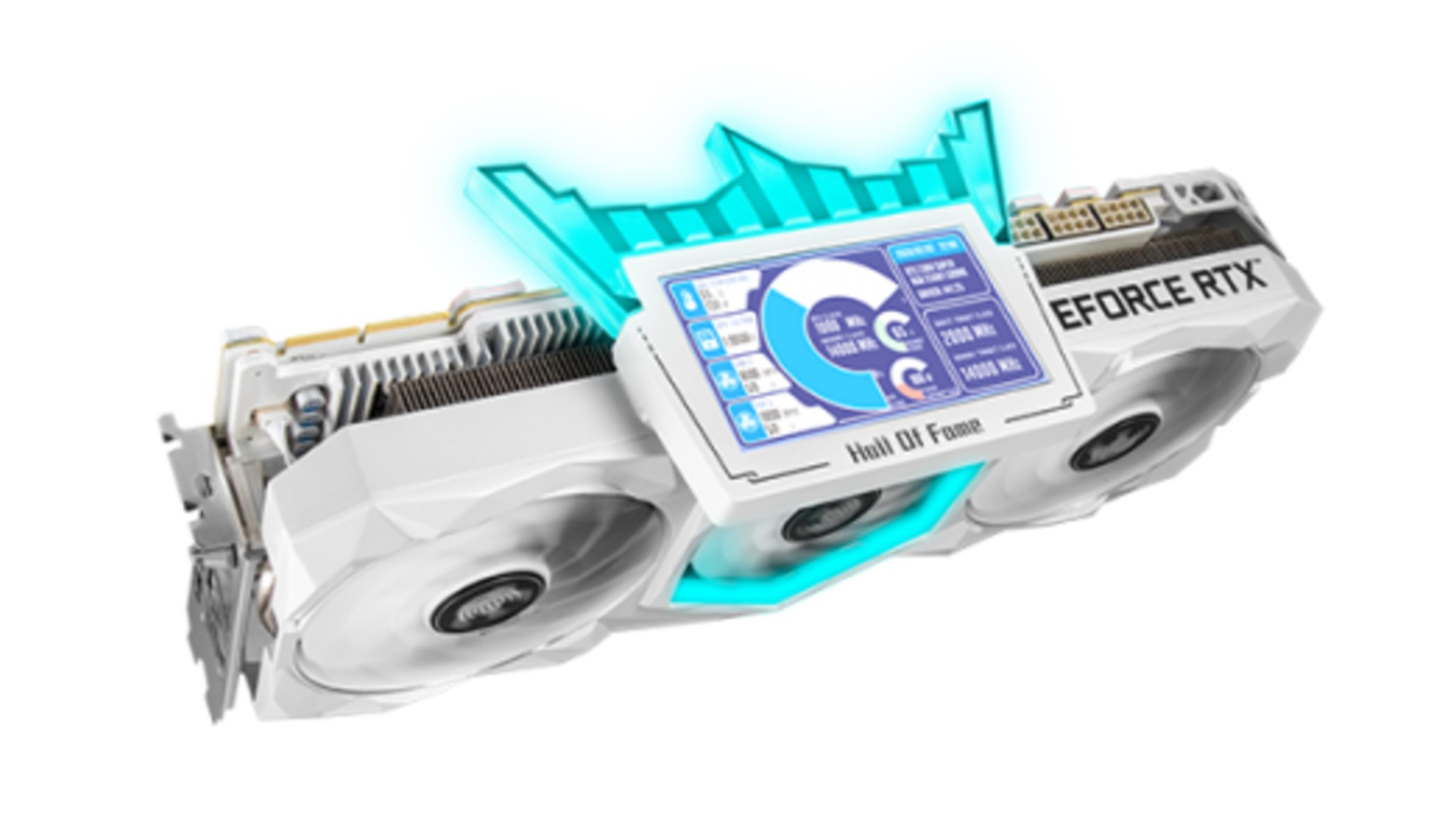 Nvidia’s RTX 3090 is already one of the best graphics cards on the market, and completely overkill when you compare it to the price to performance of an RTX 3080, but Galax has taken things a step further. Its Hall of Fame series is designed from the ground up for overclocking your GPU to extreme levels thanks to pre-binned chips giving maximum performance, and the RTX 3090 HOF is no exception, except its got its own screen.

While it has extreme overclocking records in mind rather than your average consumer, we’re quite intrigued by the ridiculous 4.3-inch LCD screen that Galax has stuck on the side. This is primarily for displaying GPU stats like fan speeds, temperature, and clock speeds, although, as it connects to your PC via USB, it can be used for video and photo playback. A GIF on our graphics card? Yes please. There’s a crown-shaped RGB unit on the card, too, for added garishness.

The same GPU has already broken 16 overclocking records, but these, of course, used liquid nitrogen instead of the standard cooler. The 3GHz milestone has been reached already, whereas it took the RTX 2080 two years from release to pass that record, according to Videocardz.

There’s no word on pricing but this card is not going to come cheap. Galax’s previous RTX 2080 Ti HOF retailed for $1,899 without a colour screen, near double Nvidia’s $999 MSRP. With an MSRP of $1,499 for the standard 3090, it gives you an idea of just how much this is likely to cost. For what’s now the fastest consumer GPU in the world with a bit of liquid nitrogen, it’s a price that many in the overclocking community will be willing to pay, but we can’t imagine consumers dipping into their savings for this one. You can have a full look at the card here.

If this has interested you in squeezing some performance out of your current card, here’s our guide on how to overclock your GPU.

It’s not the first internal hardware component we’ve seen with its own screen. NZXT released a Kraken Z73 liquid cooler with its own screen for showing GIFs or temps, based on its smaller Kraken X63 – one of the best AIO coolers you can buy. There have also been a few graphics cards with more basic screens released, too, similarly for enthusiast markets.