In January 2021, several manufacturers launched their flagship and mid-range smartphones in the Indian market. Devices like Samsung Galaxy S21 Ultra, Xiaomi Mi 10i have created a lot of buzz in the Smartphone market. In February 2o21, many Smartphone manufacturers are planning to launch their flagship and Mid-Range Products in India. Also, this month, We will see many offers and product launches on Flipkart and Amazon. If you are planning to purchase a new smartphone this month then this post is for you. Now its Time to unveil Top 5 Upcoming Mobiles in February 2021. In this list, we are only including devices that offer high-end specifications and awaited by Indian Buyers. 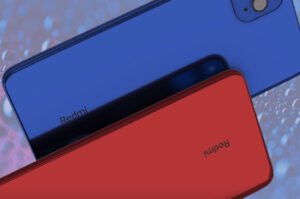 The Xiaomi’s Redmi Note series is the most selling smartphone series in India. According to some leaks and reports, the company is planning to launch Redmi Note 10 in India in February 2021. Also, the Redmi Note 10 and Note 10 Pro have already been certified by BIS in India, which reveals it is going to launch in India Soon. Apart from this, some reports say, the redmi note 10 will be a 4G device which will not have 5G Support. While the Pro series is likely to have 5G Support.

The Note 10 series is likely to come with an AMOLED display with a 120Hz refresh rate. For Performance, it could get a Snapdragon 750G / Dimension 820 chipset. In terms of storage, it might get up to 8GB of RAM and up to 128GB of onboard storage. The Note 10 Series is likely to run on MIUI 12.5 based on Android 11 OS. As far as optics are concerned, it is expected to have a 64MP Quad Camera Setup. 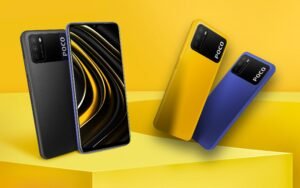 Poco has announced the launch date of its New Mid-range smartphone, the Poco M3. The smartphone is going to launch in India on February 2. It will come with a 6.53-inch full HD+ Dot Drop display with a resolution of 2340×1080 pixels.

For Performance, it will be powered by Qualcomm Snapdragon 662 11nm SoC coupled with an Adreno 610 GPU. In terms of storage, it will sport up to 6GB of RAM and up to 128GB of Onboard storage. The Poco M3 will run on Android 10-based MIUI 12 with Poco Launcher on top. It will pack a massive 6,000mAh battery which will also support 18W fast charging.

Coming to the optics. The M3 will have triple camera setup at the great. Featuring 48MP primary shooter with f/1.79 aperture, a 2MP depth sensor with f/2.4 aperture and 2MP Macro lens with f/2.4 aperture. At the front, there will be an 8MP camera with f/2.05 aperture for taking selfies and video calls. 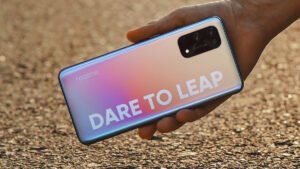 Realme has launched its New X7 Series in China a few weeks ago. Its launch in India is likely to happen soon. The X7 series includes two smartphones, Realme X7 and X7 Pro. Also, the X7 Pro is powered by MediaTek Dimensity 1000+ chipset which is also one of its main highlights. It will be an upper mid-range smartphone which will compete with OnePlus Nord, Samsung Galaxy M51, Pixe 4a etc smartphones in the Indian market. On the other hand, Realme X7 will be powered by a MediaTek Dimensity 800U processor.

The X7 will pack 4,300 mAh Battery, while the X7 Pro will have a slightly bigger 4,500mAh battery with 65W fast charging support. 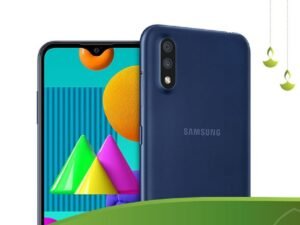 After launching, M02s in Indian Market, Samsung is all set to launch its regular variant m02 in India. The company has scheduled the launch of the smartphone on 2 February. Also, the e-commerce website Amazon has teased the smartphone by revealing its price to be Under Rs 7,000.

The Galaxy M02 is rumoured to come with a 6.50-inch IPS LCD HD+ display with a resolution of 1600X700 Pixels. It is likely to power by Snapdragon 450 Processor with Adreno 506 GPU. In terms of storage, it might get 3GB of RAM and 32GB of Internal Storage.

For Photography, it might feature a dual-camera setup. With a 13MP primary camera and a 2MP secondary camera. At the front, it may get a 5MP shooter for taking selfies and video calls.

The smartphone will pack a 5,000mAH massive battery which will not have fast charging. 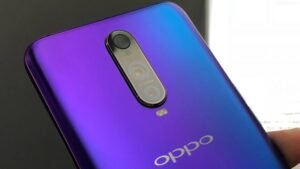 After launched reno 5 Pro in Indian Market, Oppo might launch its new F19 Series in India. The f19 series was first launched in China in October 2020. According to some reports, Oppo may launch it as the F21 series in the Indian market. The F19 Pro / F21 Pro is likely powered by the MediaTek Helio P95 chipset with the PowerVR GM 94446 GPU. Apart from this, it may feature a quad-camera setup at the rear with 64MP primary sensor, 8MP secondary sensor, 5MP macro lens and 2MP depth sensor.

That’s All, In this post of ” Upcoming Mobiles in February 2021 “. If you have any Questions or Suggestion then please write down in the comment section below.