The Google Stadia game streaming service has been available for players to try for over a year now, but it’s been a rough start so far. A lot of gamers seem reluctant to give the service a try despite the perks that come along with streaming games. That is because there is a fair share of drawbacks to consider, which should come as no surprise since it is a new technology. The main problems that persist are a latency issues, bandwidth limitations for those who don’t have fiber, and a lack of games. While it may take more time for network infrastructure to improve for the masses, the games catalog is at least getting better today. Ubisoft announced that its Ubisoft+ subscription service is now in beta on Google Stadia, but the value gets even better.

While Ubisoft continues to tweak the quality of its stream-based subscription service, Ubisoft+ will not require the additional Stadia Pro subscription cost. That’s a savings of $9.99 USD per month and means that anyone with a quality internet connection can try some of Ubisoft’s latest and greatest games at maximum settings and smooth framerates for just $14.99 per month. If your internet bandwidth meets the requirements spelled out by Stadia’s recommendations, this is a great time to jump in and see if the service works for you.

Get in the game

Ubisoft+ includes some pretty great options for gamers of all genres. The publisher advertises that you can play the latest releases like Assassin’s Creed Valhalla, Watch Dogs: Legion, and Immortals Fenyx Rising. However, there’s also Hyper Scape (with the season pass), Rainbow Six Siege, Far Cry 5, The Division 2, Anno 1800, and plenty of other hits from Ubisoft. 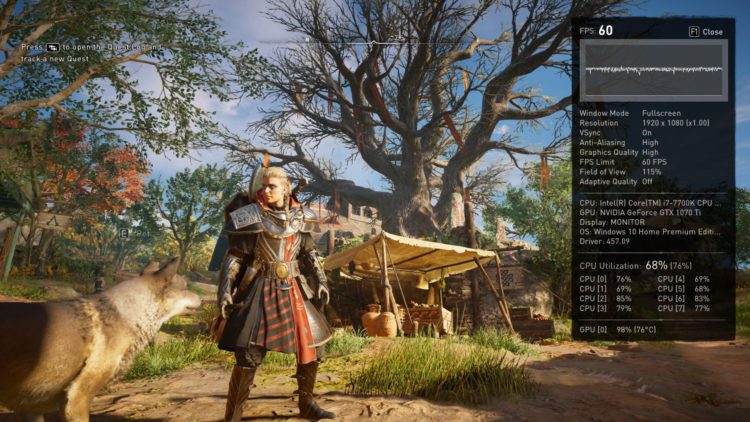 Cloud gaming means no more pesky benchmarks like these. Performance and fidelity are guaranteed, ISP willing.

The service is without a doubt a great value for anyone that has time on their hands and wants to try a wide range of popular games. The streaming version of the service also sounds way better, because you won’t have to download entire games just to decide you don’t like them.

Stadia and game streaming still need to improve as a concept, but the promise of having everything at your fingertips is an enticing thought. If we look at the way we stream music already, it’s easy to see how game streaming could become commonplace. That all depends on the reliability of ISPs, though. Still, the addition of Ubisoft+ to Stadia shows that major companies believe this is the future.

We reviewed GeForce Now and found it to be a very different situation from Google Stadia. You can read that article to get a better perspective on the inevitability of cloud gaming.