As the days and months carry on into a new year, it would seem that Silent Hill fans are still not getting any love. The long-dormant Konami franchise remains disappointingly in the dark, all while competing titles like Resident Evil go into the future. Even with new consoles and better hardware in 2021, the horror classic still does not have any new rumblings. The latest in a series of collaborations that does not add a new entry or a remake to the franchise is the upcoming Silent Hill DLC for Dark Deception: Monsters & Mortals.

The multiplayer party game seems like a good fit, after all, it is all about the horror. Players are separated into different teams. As the mortals, your job is simple. Go around collecting shards in a variety of terrifying locations, and hopefully, you will be able to escape via a portal.

The other team, which are the monsters, will need to hunt down these pesky humans before they make their escape. So far, Dark Deception has the Murder Monkeys animatronics as well as the Clown Gremlins.

Scaring up new ways to play

It is not just new enemies that players can look forward to. Dark Deception creator Vince Livings also stated that the Silent Hill DLC for Dark Deception will include a new map. This will be the game’s largest play area, and also a homage. The map will pay tribute to the first three Silent Hill games. Sharp-eyed players will also be able to spot a few references to Silent Hill: Homecoming.

The collaboration between Dark Deception and Silent Hill is not the first time the Konami horror classic has featured as DLC. Previously, it also made its way over to Dead by Daylight. The last time we got a release of sorts for the franchise was Silent Hill 4: The Room, which made its way to GOG. Otherwise, the series has been dead silent. 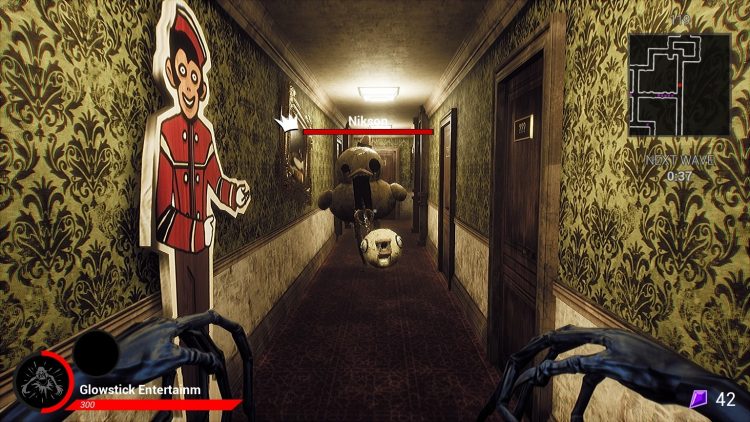