With the new version 1.3 update for Genshin Impact, players will have a new elite boss to challenge. It’s none other than the Primo Geovishap, a gargantuan monster that drops Juvenile Jade. Here’s our guide to help you out.

Note: For more information about the game, check out our Genshin Impact guides and features hub.

Open Genshin Impact‘s events panel to find “Even Mountains Tremble.” If you click on “Go To Investigate,” you’ll see a quest marker that leads you to the outskirts of Liyue Harbor.

An NPC here will tell you about earthquakes near Tianqiu Valley, and the Primo Geovishap will be marked on your map. 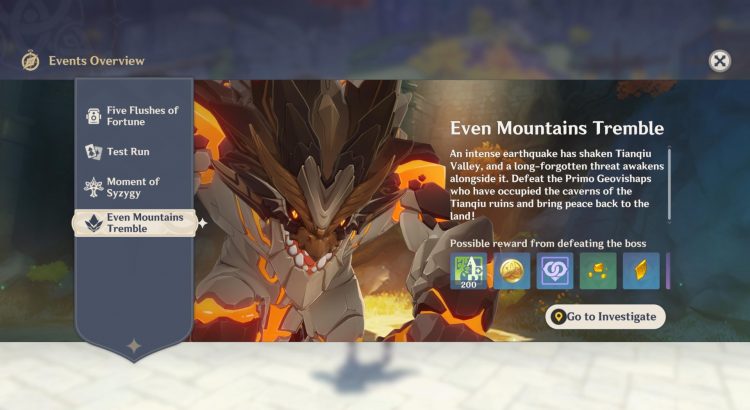 Along the way, you might encounter a Geovishap and a Geovishap Hatchling. These two drop the usual Bone Shard components, not Juvenile Jade.

The Primo Geovishap itself is the one that drops the Juvenile Jade. Its loot pool also includes Gladiator’s Finale, Wanderer’s Troupe, and several gemstones except for Vayuda Turquoise (more on this later). Do keep in mind that you need 40 original resin to collect your loot.

Note: After beating the Primo Geovishap for the first time, return to the NPC to complete the quest. You’ll obtain some hero’s wit, mystic enhancement ores, primogems, and gold. Anyway, let’s talk about the actual encounter. 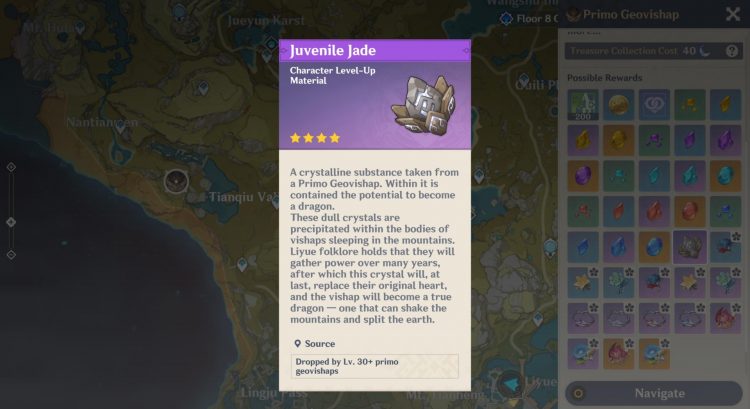 What makes Genshin Impact‘s Primo Geovishap monster unique is that it’s multi-elemental. Once you start the encounter, it randomly chooses from various elements like Pyro, Electro, and Cryo (its coloring will also adapt based on this). The Primo Geovishap’s attacks, which are easily telegraphed, will then apply these elements.

Here are some examples: 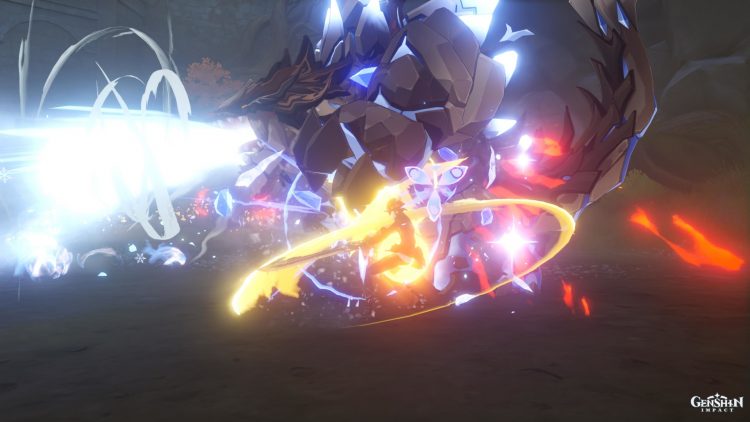 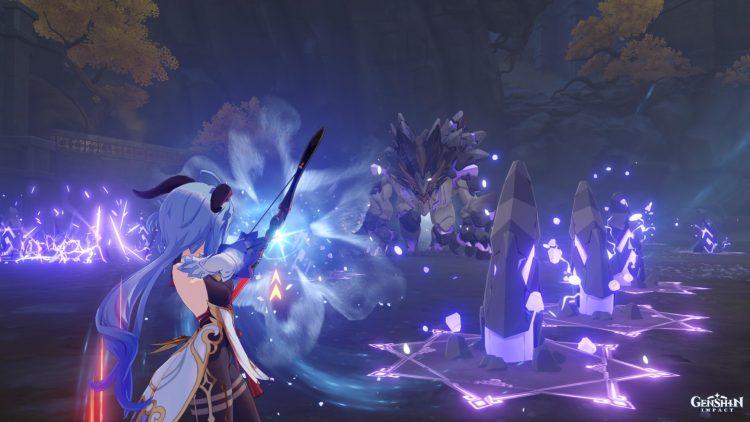 The game will warn you when the Primo Geovishap is about to cast its Primordial Shower skill. After a short charge time, it’ll unleash a huge elemental AoE that deals a chunk of damage. You can mitigate this by picking up a shield crystal. The boss sometimes generates one, though you might want to bring a Geo-based character like Albedo to spawn more crystals. Alternatively, you can pop an ult for the iframes, or soak the damage and heal afterward (i.e., using Qiqi).

Anyway, I tend to use different characters for this fight, and they’re fairly effective. Diluc and Tartaglia can be my main DPS if I want to fight up close. Conversely, I could use Ganyu’s rocket launcher-esque bow to snipe from further away. The charged shot can even hit the boss as it’s doing its burrow animation, but not when it’s underground. Once it pops back up, I’d just use Ganyu’s elemental skill to dodge backward and run. Moreover, other characters such as Klee, Bennett, and Xingqiu are great for nuking.

Note 1: If you manage to pick up an elemental shield, you can counter the Primordial Shower ability. This also unlocks an achievement.

Note 2: This elite doesn’t have a final stand once it’s down to a sliver of health. Just keep at it and you should be done with your kill. 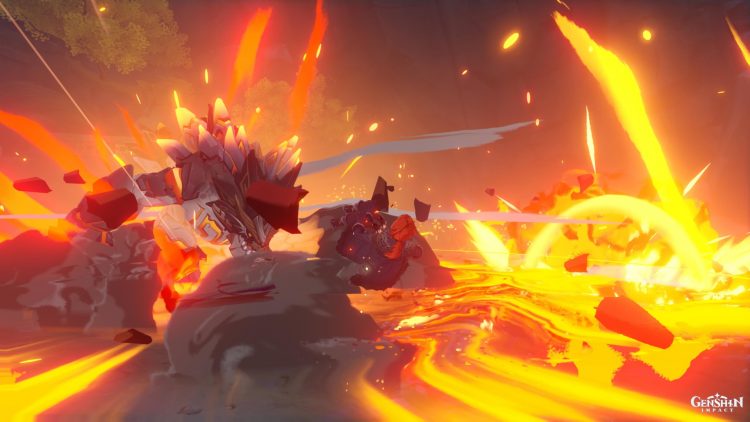 The problem with Juvenile Jade and Xiao

Obviously, the reason people are likely farming Juvenile Jade now is that it’s required for Genshin Impact‘s newest 5-star character, Xiao. Juvenile Jade is just one of Xiao’s character ascension materials, and he also needs Vayuda Turquoise (which comes from the Anemo Hypostasis).

Since the Primo Geovishap drops multiple gems except for the turquoise, you’re practically screwed if you lack resin. You’ll end up having to continuously farm two elites, spending 40 resin for each kill if you want to loot the drops. Likewise, it’s rumored that Hu Tao requires Juvenile Jade, so you’re going to keep blasting the Primo Geovishap down the road.

Note 1: Xiao requires 46 Juvenile Jade (among other things) to reach level 90. If that’s too much, then you’ll need 26 Juvenile Jade to be viable at level 80.

Note 2: It’s possible to use the alchemy table’s new conversion function. But, this requires an existing gemstone of another type and Dust of Azoth. 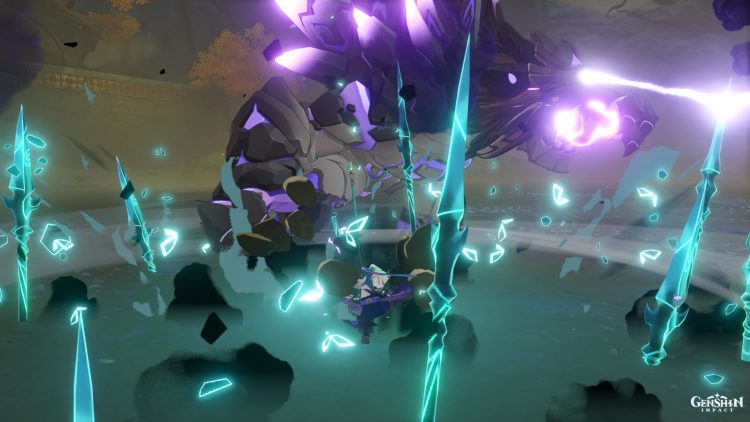