Remember John Carter? The spacefaring hero wasn’t just the protagonist of the 2012 sci-fi action film, but also that of early 20th-century writer Edgar Rice Burroughs’ Barsoom novels, on which the movie was based. And now, John Carter could be hopping onto yet another plane of existence, with an upcoming Kickstarter campaign for a John Carter videogame due to launch soon.

Called John Carter: Warlord of Mars, the upcoming title is a first-person action-adventure game being brought to life by developer Tanglewood Games, publisher FNCPR, and Edgar Rice Burroughs, Inc, which looks after Burroughs’ creative works and legacy. The upcoming PC game is set in 1945 at the conclusion of World War II, and will see John Carter – a soldier in the game – transported to Mars (or Barsoom, as it’s otherwise known) by a strange new technology being worked on in secret by the Nazis.

This general plotline will be familiar to fans of Burroughs’ works or the film, following a similar path in transporting the hero to the faraway planet and seeing him “fighting for the inhabitants of Mars”, as a press release notes. However, it’ll take a slightly different trajectory given the novels’ John Carter was originally a veteran of the American Civil War.

“The action follows Carter as he meets the weird and wonderful natives of Barsoom, acclimatising himself to Martian gravity, the local customs, and Martian languages,” publisher FNCPR’s Frazer Nash explains. “His mission includes meeting the mighty Thark warrior Tars Tarkas, fighting with giant ape-like monsters, and falling in love with the beautiful Princess of Mars, Dejah Thoris. It’s over a century since these characters were created, and we’re excited to find a new way of bringing them to life.” 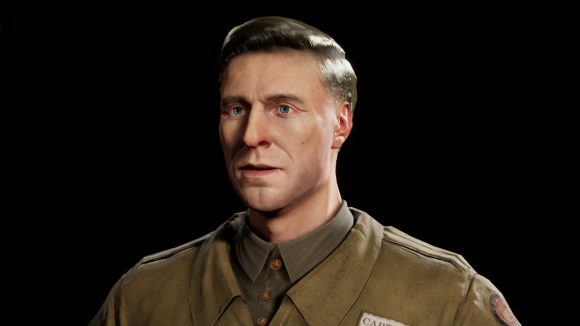 Initial development of John Carter: Warlord of Mars is “well underway”, the release explains, but it’ll be hitting Kickstarter on April 19 to raise funds for its next stage of development. Some of its cast have already been, well, cast, too. Actors David Elliott, Brian Bovell, and Kezia Burrows will be taking on the roles of John Carter, Tars Tarkas, and Dejah Thoris, respectively.

We are excited to announce details of our new John Carter video game. Coming for PC and Consoles. Kickstarter launches 19 April. Sign up for our newsletter and reward details.https://t.co/BsyZRkUFzn @johncarterfiles @JohnCarterFilm @KeziaBuzz @barsoomia @scifilondon pic.twitter.com/jSgtLgPhAs

Tanglewood Games will be creating the game in Unreal Engine, and counts among its number Fortnite and Sea of Thieves veterans. You can find out a bit more about the game – including its new announcement trailer – on its site here and keep an eye out for it on Kickstarter when April 19 rolls around.